Venison shanks are delicious to eat, but tough to cut, unless you know a trick or two. 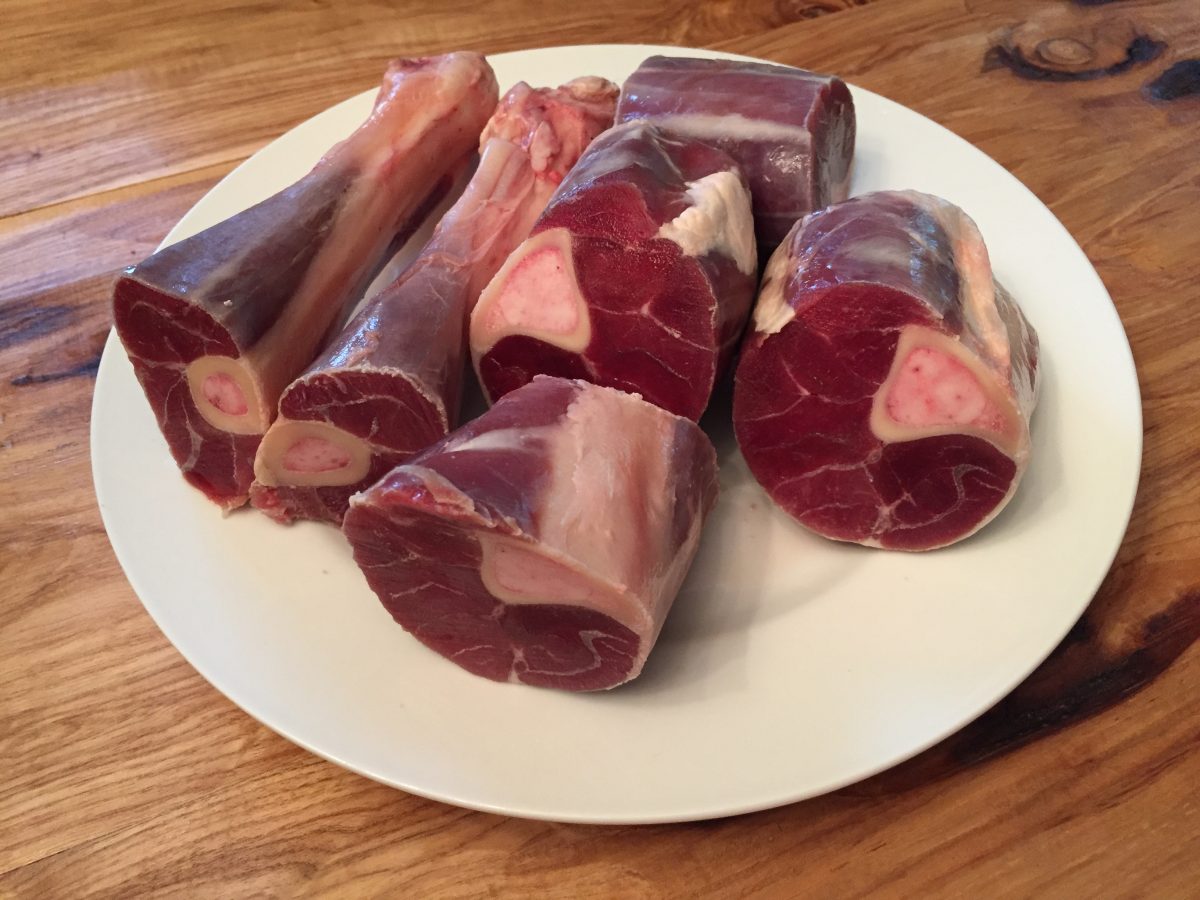 There is so much connective tissue on a deer shank that it’s not worth trying to separate the meat out. I’d like to see a study done on the ratio of meat to connective tissue there is on a shank. It would be one of those useless pieces of information I’d carry around in my brain. Useless, because it won’t change the way I prep or cook with them.

As I’ve discussed before (here, on Venison Osso Buco), when I butcher my deer, I leave the shanks whole, and usually package them up two shanks to a package.

Then when I go to cook them, I cut them up while they are nice and frozen, let them thaw, then slow cook them in some way. I’ve showed you a few ways to cut them in the Osso Buco recipe, but I have a new way I’ve been using that I thought was worth sharing.

The basics are the same, I’m simply using a bone saw.

The difference is how I hold them still. This has always been the frustrating part. If you can’t hold them rock solid still while you are cutting them, they take forever to cut.

What I do now, is simply lock them down in my shop vice. To avoid contamination of both the shank, and my vice, I place a silicone baking mat in the vice first. The silicone mat makes a nice barrier, it’s very durable, and easy to clean.

Pop one end of the shank (I go with the skinny end) wrapped in the mat in the vice, and crank it down nice and tight, then saw away.

A sawzall would probably be about the same, and it’s just something else to clean, so I stick with the basics.

Next time you pull some shanks out, save some frustration, and lock ’em down with your vice!